Tennis, beer, a BBQ, sunshine, and a beautiful park to play in. Welcome to Vancouver, tennis stars.

The Rogers Radio Stanley Park Open (#StanleyParkOpen) is in full swing, with seven days behind us and four more to go. Running from July 10th to July 20th from 8AM to 9PM, the tournament offers a variety of FREE events to entertain both locals and tourists. This is an exciting year, because it’s the first time that professional women’s and men’s tennis events are being held together: the Canadian Direct Insurance Women’s 10,000 and the Silex Men’s 15,000 Futures.

What better way to spend a sunny afternoon, then watching two (or four) extremely fit athletes hammer a ball at each other at a pace that I wouldn’t dare step in front of…for anyone. 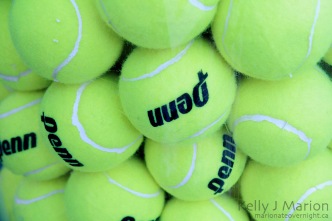 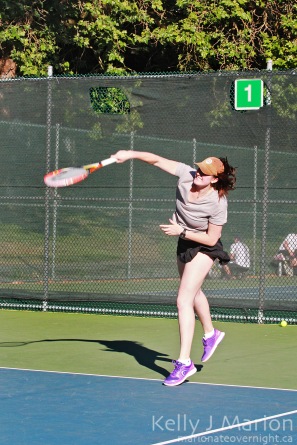 Rebecca Marino (shown above), who is a Stanley Park Open (SPO) ambassador, was only 14 when she won the SPO in 2005 – the youngest yet. I had the pleasure of meeting her and watching her play, impressed by the intensity of her strokes, as well as her playful attitude while on the court during the mixed doubles.

After taking a slew of photos from side-court, and enjoying the banter between teammates and opposing players, it was time for me to grab some grub and wet my whistle in the beer garden.

Stanley Park Brewery and Mahony & Sons teamed up to quench thirst and squelch hunger. With three beers on tap (Ale, Pilsner, Wit – $7), as well as wine, ciders, and non-alcoholic beverages, such as coconut water, hydration was handled. Meanwhile, the barbecue was loaded with bratwurst and burgers, but I opted for the purportedly “famous” lamb sandwich ($9). On both accounts, I was left satisfied, and I didn’t break the bank. 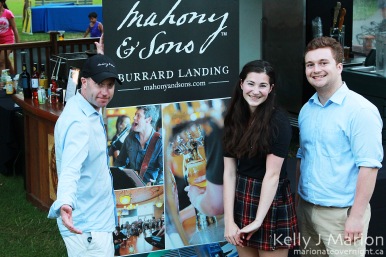 Mike Mahony poses with his servers in the beer garden 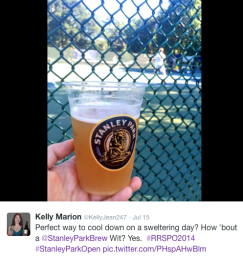 In between sips and bites, I met some of the people behind the tournament.

From Rackets and Runners: Dave D’Arge; Stringers, Bryan Mihic and Steven Jefferys; and Owner, Vanda Borean. (Learn how to “Cross like a Boss” here.) 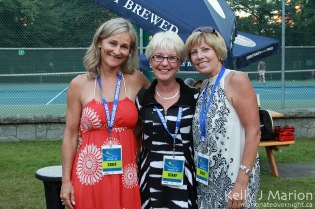 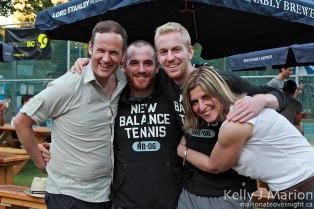 And for your knowledge…

Have any more suggestions for tennis fan etiquette? I’d love to hear them! Leave a comment below.

For more photos, check out my Stanley Park Open gallery on Flickr.